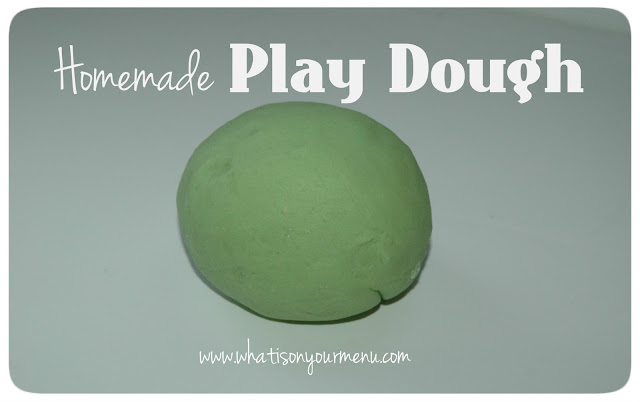 I realized the other day that my three year old hasn't played with playdough much in his life.  He is really good at begging me to watch shows on Netflix every second that we're home, but that's not the point.  I am determined to do better at having fun projects for him to play with, since he won't go to kindergarten for three more years and there aren't any siblings at home for him to play with.

Anyway...back to playdough.  I used to buy playdough all the time when my older kids were little.  After years of picking it up off of the carpet (curse you carpeted dining rooms!) and throwing away dried out containers of different playdough colors mixed together I stopped buying it.  My three year old doesn't even play with it at church because we have a new building and playdough is banned! :)

I've made salt dough before that my kids have played with and then thrown away.  I decided to try a different recipe for playdough and it was a success!  At first I was skeptical, thinking that it didn't have enough flour in it, but then it started cooking and was a globby, chunky mess.  I pressed on and stirred for a minute or two and it started looking more promising and sticking together.  Then I kneaded it by hand on the counter and all the globs and chunks disappeared and it because beautiful, smooth, soft playdough that my three year old was begging to play with. 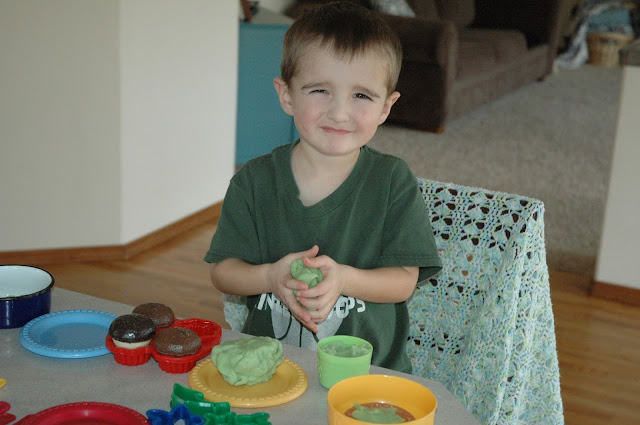 I got out all of play dishes and utensils and showed my little guy how to play with playdough.  Instantly, his need to watch Netflix disappeared and he played non stop for several hours, smashing it into muffins tins and on top of plastic waffles.  Later he carried it around in a giant ball form and rolled it around on the floor. 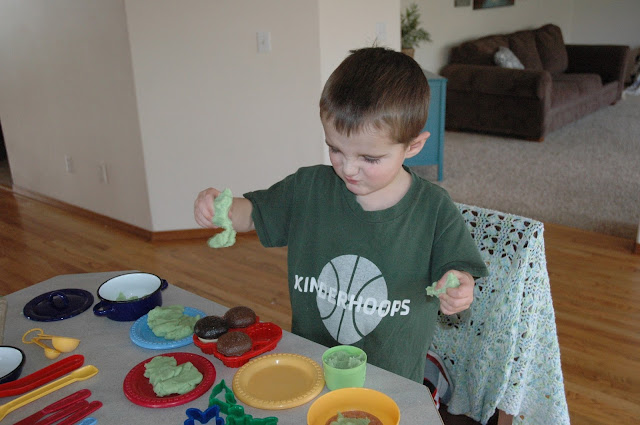 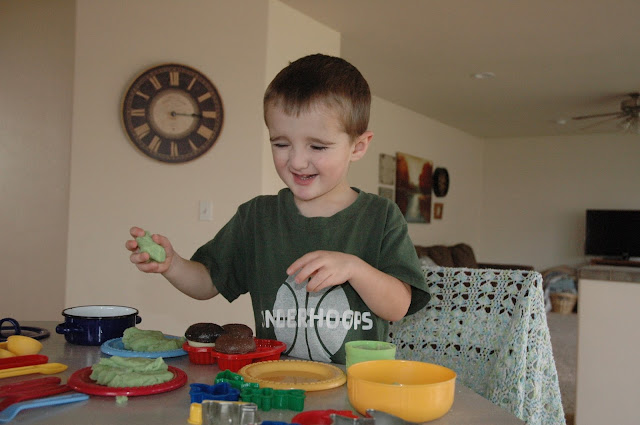 
Ingredients
Directions
Store in an airtight container. It should last several months.