on November 18, 2014
Have you ever had Korean Fire Meat, or bulgogi?  It's a grilled marinated beef that is sliced very thin and eaten wrapped in a lettuce leaf.  It's really yummy.

However my kids aren't really into eating mat wrapped in lettuce, so I adapted the recipe to fit into their food comfort zone.  Meat and rice.

I've combined the same flavors into a slow cooker version of Korean Fire Meat.  The meat marinates while it slow cooks in a mixture of soy sauce, sugar, sesame oil and garlic. 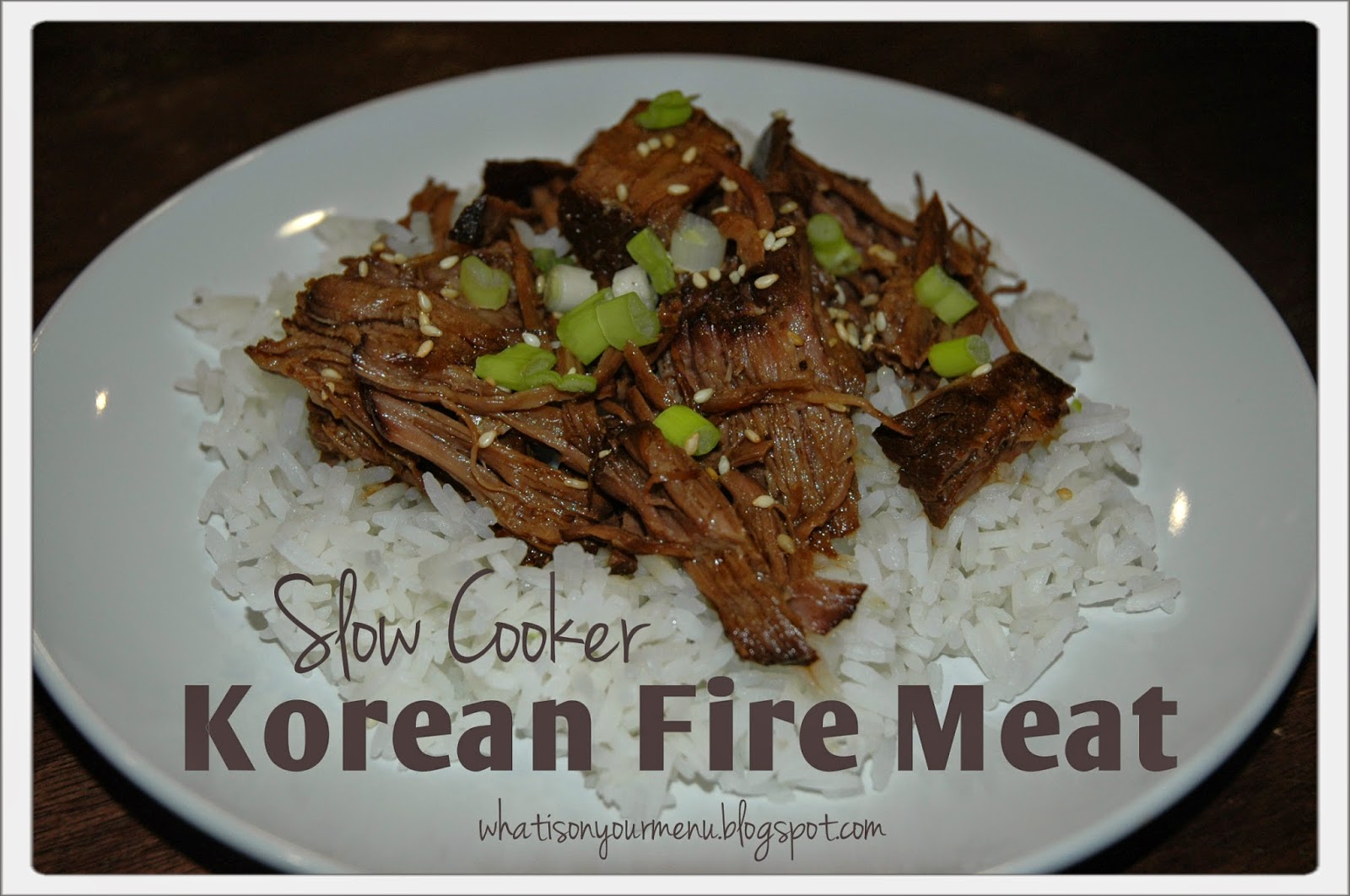 I've been making this for a long time.  It's a fun way to slow cook a beef roast.  We eat it on rice topped with a little of the marinade broth, toasted sesame seeds and sliced green onions.  Or you can wrap the meat in a lettuce leaf, like traditional Korean Fire Meat.

And the best part is it takes only a few minutes to prep and you have a yummy dinner waiting for you later that day.  A great Sunday dinner idea!