Friday Favorite...Fat Free Half and Half

December 14, 2012
Fat free half and half is one of my favorite inventions!  I don't know how half and half can be fat free because it makes everything that you put it in taste so good! 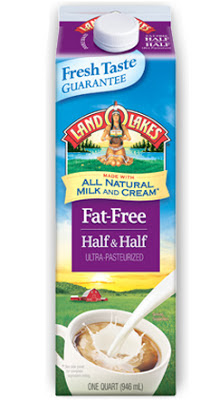 I've been buying a quart of this pretty regularly the last few months, so I thought I'd share with you what I've been doing with it.

I've been adding it to soups (regardless of whether or not it's in the recipe)...

I think this Creamy Chicken and Wild Rice Soup started my obsession with fat-free half and half since it calls for it in the recipe... 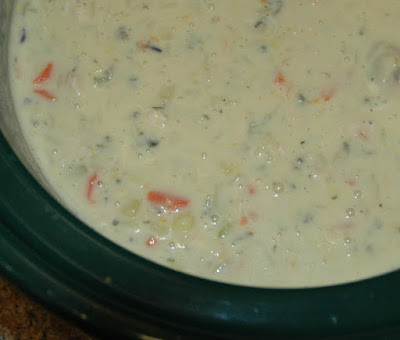 I've replaced the cream in this Creamy Mushroom and Chicken Soup with half and half.  Delicious!  (Restaurant Quality too!) 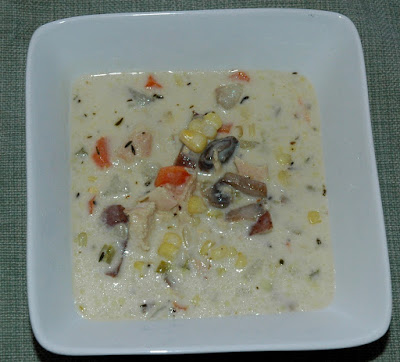 I added it in my Turkey Noodle Soup that I made after Thanksgiving (instead of using cream of chicken soup).  Creamy good! 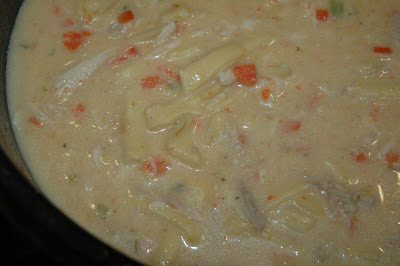 I splashed some into my Chicken Tortellini Soup that I made the other night.  (This picture is without half and half, so just imagine it creamier.) 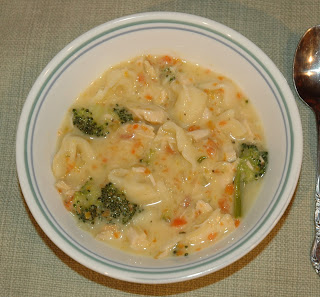 I've also added to the Baked Potato Soup and Broccoli Cheese Soup recipes that I just make up as I go along.  Just add it when the soup is done and let it warm through.  The half and half makes the soup a bit thicker and much more delicious.

I'm sure that I added it to this Crockpot Chicken Stew too... 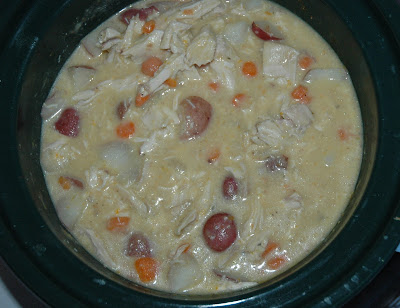 I wish that my family loved tomato soup (which they don't), so I could make this delicious Tomato Basil Parmesan Soup.

I've made Chicken Pot Pie with it.  I've never posted my recipe for it, but I think I've finally perfected it.  I made it last week and my dinner-hating-three-year-old said that it was yummy.  And my eight year old daughter wanted some in her thermos for lunch at school the next day.

Splash it into your mashed potatoes instead of milk.

Add it to your eggs when you're making scrambled eggs for breakfast burritos. 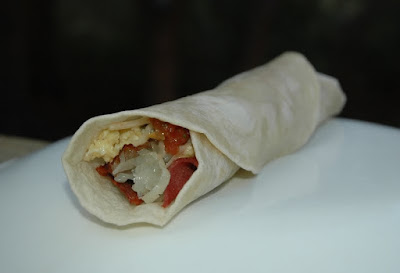 Toss some into this Crockpot Chicken Stroganoff right before serving. 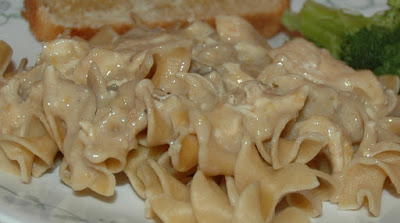 Replace the fat free evaporated milk with fat free half and half in this Chicken Tetrazinni.

Make gravy with it for your Swedish Meatballs (using an IKEA gravy packet of course). 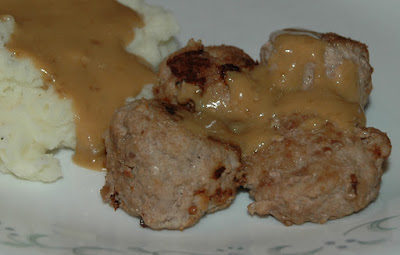 And my latest experiment...whisk in a little half and half into your Porcupine Meatballs sauce right before serving.  Divine!  (so much better than this picture looks too!) 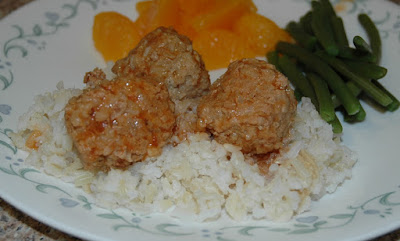 Have I convinced you yet to try some Fat-Free Half and Half?  It's a little pricey, like $3.29, but I use every drop of it over a couple of weeks.  Just pour it into anything that is saucy or soupy.  Delicious!