March 28, 2012
My mother-in-law, Marianne, makes the best brownies!  I can't believe that I haven't blogged about them yet.  Probably because they are always gone so fast that I forget about taking a picture of them.  I've been making them for almost eleven years.   I haven't found a recipe that I like better than Marianne's. 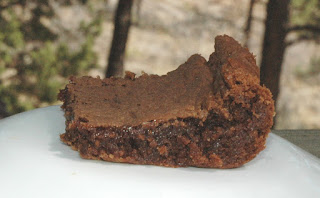 Heavenly Brownies
recipe from Marianne (from one of her cookbooks)

These brownies are delicious on their own, or topped with ice cream, or as a brownie shake (mix a little milk, with vanilla ice cream and a brownie in a cup).